The Triennial Grand Prize and scholarships are the main instruments to reward students, doctoral candidates and other researchers.

The many briefs already awarded relate to the law of companies in difficulty or to legal issues related to insolvency.

The Fund is currently working on the creation of an « International Insolvency Research Center (InsolResC) », under the direction of Werner DERIJCKE. 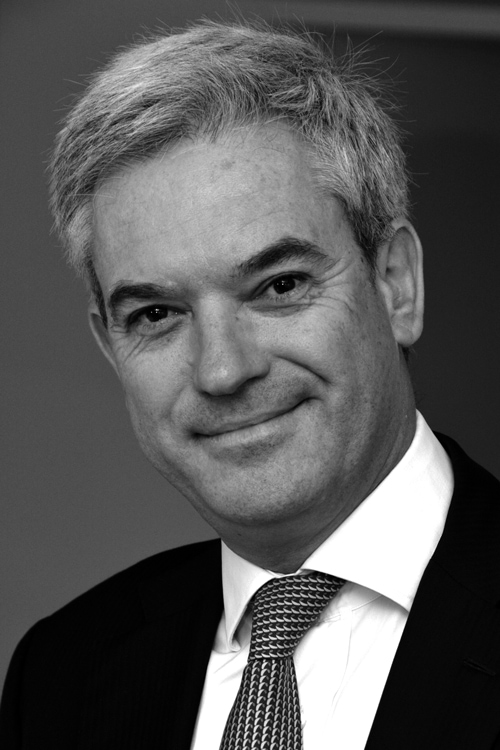 Jean BASTIN was born in Namur (Belgium) on March 15, 1911. He obtained a doctorate in law at the Catholic University of Leuven, adding later onto his record other degrees, including those in economics, history or political science and diplomacy. His first professional experience was that of a practicing lawyer. Being particularly interested in the obligations and financial commitments, he was astonished to see how the creditor, almost always unsecured, was so much dependent on the good will of the debtor and the conduct of its business.

His concern with this financial insecurity and the ways to overcome it would continue to haunt him to the point of mark his entire life. In the immediate post-war years 40-44, his thoughts led him logically to conceive the creation of an insurance company that specializes in medium and long term credit risks. Jean BASTIN foresaw the financial effort that would be needed to rebuild a country devastated by four years of a war that had so much aggravated credit risks. Whereas till then the insurance companies had only covered short term credit risks, i.e. those relating to commercial transactions, Jean BASTIN turned his attention to the credit risks that are linked to the sale of household equipment and household goods, more suitable for a fledgling company.

In 1946, Jean BASTIN launched, with some private investors and friends, the insurance undertaking “Les Assurances Crédit de Namur”, which scored a sudden and tremendous success that has never wavered throughout the half century during which he presided over the destiny of the company. Very quickly, he extended the activities of the Company to all credit risks, whatever the term and amounts, including suretyship and caution.

The signing of the Treaty of Rome in 1958 opened new prospects to the Founder and as the “premier” among credit insurers, he established branches in many countries of the European Union, such as Luxembourg, Holland, France, England and even outside the EU, Switzerland. He was passionately interested in the history of credit insurance, going back to its first theoretician SANGUINETTIwho in 1839 had conceived the first rules of this discipline, in the city of Genoa. His thoughts and comments related on the success of existing companies, as well as on their failures and he examined the causes of these successes and sometimes dazzling setbacks.

He thus became aware of the trap posed to the insurer consisting in the option given to the insured to benefit, albeit to a limited extent, from the adverse selection of risks. It never ceased to denounce this easy win process as highly perilous, especially because of the practice of “financial guarantee”. In spite of the lessons from the past certain insurers are still having recourse to this practice, causing heavy losses or even more cruel consequences.

On the basis of his theoretical and practical experience spreading over several decades, the Founder authored several books on the theme of credit insurance, that acquired word wide authority and that were translated in several languages. It is also surprising, at this point, to observe how rare the writings are on this branch of the insurance activity. By writing surely, but also by traveling around Jean BASTIN undertook to convince the economic actors in the emerging countries of the urgent need for export credit insurance.As from the nineteen sixties onwards, he started to patronize the setting up of most of Africa’s insurance companies.

Desiring to continue his scientific research, along with his business as president of the insurance company, whose name had become in the meantime “The Namur”, Jean BASTIN created in 1986 a foundation dedicated to promoting the compliance of debtors with their financial commitments, the foundation being the scientific arm of the company. When in 1995, after 50 years of management, the founder left the presidency. He soon formed the AISBL “Fonds Scientifique Jean Bastin”, which serves the same purpose as the original foundation while extending its operation to the international scenery.

In his later years, Jean BASTIN who was called, not without humor, “the Pope of the credit insurance” devoted his life to the management of its foundation, while jealously reserving a portion of his time to the great passions of his life and for which he never tired of writing or doing research on his travels: archeology, ancient civilizations, history again, not to mention the trees that he worshiped with no limit. He lived on his estate in Spy until his death on May 5, 2005 at the age of 94.